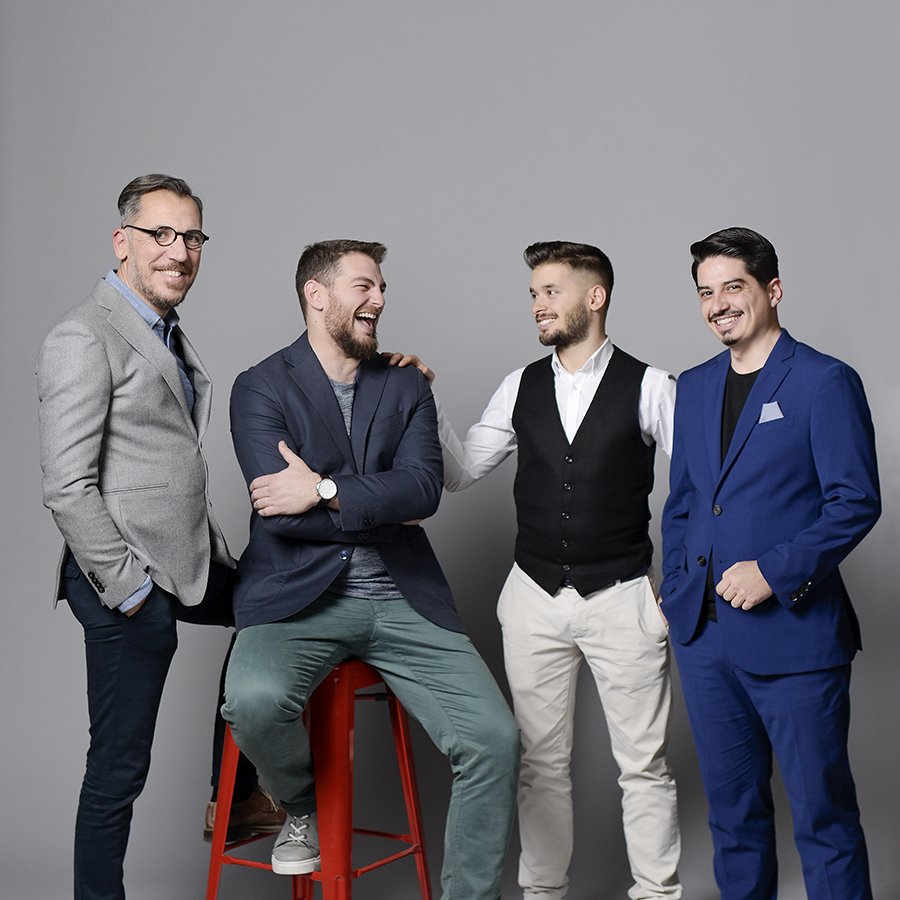 What happens when a graduate of computer science meets an economics and business major, a marketer and a business graduate in a bar?

A scientific explosion of bubbles!

A group of business graduates-bartenders met along their way to life. They shared a similar lifestyle and career orientation but most importantly they shared the same one passion, the passion to mix perfect drinks. They got together a few times, they discussed their dreams, ideas and visions and soon they realized that there was a product missing from the bar market, a product they were determined to invent themselves if they had to. They needed to create a product that could balance the ingredients of a cocktail or a long drink while bringing out its flavors and aromas and still maintain its fizziness. So, they gradually slipped into a fizz craze, studying, testing, experimenting all there is to know about carbonation and bubbles, attending seminars of Darcy O Neil in Tales and reading books on carbonation such as Fix the Pumps.

After doing their research and advanced reading they were all mesmerized by the journey of bubbles especially at the time of Great Depression when soda bars became popular. During that period soda fountains created soft drinks based on carbonated water as it was the cheapest drink anyone could ever get at two cents and was therefore called Two Cents Plain. When syrup was added to that drink to enhance its flavor, its price was set to Three Cents and that’s where the name of Three Cents was inspired from. Due to their experimental nature and bartending background, Three Cents came to a point where they could fully understand carbonation, they could fully realize what makes a great drink and how to properly pour tonic over gin so as to not lose any bubbles.

The only thing that was missing from the equation was the perfect cocktail mixer and so they’ve developed Three Cents Artisanal Beverages. A line of Premium beverages made of all natural ingredients with no preservatives and no artificial coloring created by carbonating water in very high pressure to ensure long lasting carbonation and flavor.

You can find out more about which cookies we are using or switch them off in settings.

This website uses cookies so that we can provide you with the best user experience possible. Cookie information is stored in your browser and performs functions such as recognising you when you return to our website and helping our team to understand which sections of the website you find most interesting and useful.

Strictly Necessary Cookie should be enabled at all times so that we can save your preferences for cookie settings.

If you disable this cookie, we will not be able to save your preferences. This means that every time you visit this website you will need to enable or disable cookies again.